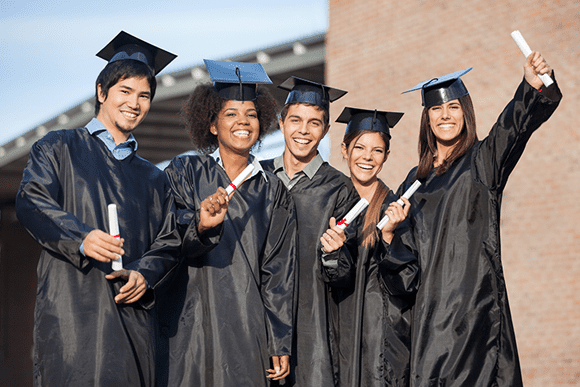 As spring comes to a close, students across the nation will pour out of the hallowed halls of colleges and universities to launch their careers and their futures. As tassels are moved from right to left and caps of all colors are tossed into the air, many decisions have already been made about jobs, apartments and, ultimately, where these grads will build their new lives.

They have many names, but for the class of 2015, the narrative remains relatively unchanged over the past decade. Despite intense competition for talent, 14 percent of the 14 million 25- to 34-year-olds with a bachelor’s degree live in 11 cities: New York, Chicago, Los Angeles, Houston, San Francisco, San Diego, Philadelphia, Washington D.C., Seattle, Austin and Boston. One in 20 young professionals live in one city alone: NYC.

We can’t ignore the numbers — Michigan is not leading the way in talent attraction and retention.

After years of “brain drain” and losing new grads, out-migration of 22- to 34-year-olds with a bachelor’s degree decreased in 2011 and stayed relatively flat in 2012, according to the Michigan Economic and Workforce Indicators and Insights report from the Michigan Bureau of Labor Market Information and Strategic Initiatives. That seemed like a good thing at the time.

But despite the leveling, there was still net out-migration, and in 2013, out-migration jumped back up to the level of previous years.

For Lou Glazer, president and co-founder of the nonpartisan nonprofit Michigan Future, Inc., it’s easy to see why Michigan isn’t as competitive for new grads.

“In central cities, young talent is concentrating in places that have these 24/7 neighborhoods that are characterized as high density, mixed-use and walkable,” he says. “They have public-private partnerships and transit, and Michigan doesn’t. Until we do, or the next generation of young professionals change their preferences, we’re going to be lagging. We just don’t have the product they’re looking for.”

But there are bright spots for the state as it relates to talent.

According to Dr. Phil Gardner, executive director of the Career Network at Michigan State University and director of the College Employment Research Institute, Michigan’s colleges and universities are doing better at exposing students to job and internship opportunities with small businesses and startups.

”Small companies are much more visible than they’ve ever been,” Gardner says. “For a long time, Michigan State was an autocentric campus, and we still have strong ties to the automotive industry, but back then, we didn’t think about sending people to small businesses. Now, small businesses are much more visible and students are connecting with them.”

“We’re not seeing one company come in and hire 100 people anymore,” Gardner says. “We’re seeing a lot of different employers and organizations hiring one or two students each.”

Lee Fisher, CEO and president of CEOs for Cities, thinks Michigan’s prevalence of small to mid-sized cities might be another bright spot for the state’s talent efforts.

“Cities like Pittsburgh and Cleveland, Detroit, Milwaukee and Des Moines are on the rise, and I think they are the sleepers when it comes to attracting talent,” he says. “I think we’ll find over the next 10 years that more talent will boomerang back to small- and mid-sized cities that offer intimacy, but also offer the innovation and placemaking the bigger cities offer.”

With several strong small- to mid-sized cities, Michigan could be well poised to capture those millennials ready to anchor. In fact, the single state most likely to produce an in-migrant to Michigan is Michigan itself. Nearly 37 percent of in-migrants between 2009 and 2013 were born in Michigan. More than two-thirds of the in-migrants from Illinois were actually born in Michigan, supporting the common anecdote that Michigan graduates leave for the big city and then return to raise a family.

“The experimentation with living in cities is at an all-time high for those who are between 24 and 34, but every city must know its window of opportunity is closing fast because once people reach 35, they’re much more likely to anchor and take root,” explains Fisher. “What we’re really finding is that cities are in an intense competition and have no time to waste because of that short window of opportunity that’s occurring in this generation.”

At CEOs for Cities, they’ve identified what they believe to be the keys in talent attraction and retention success. The acronym “CITY” spells out what it is cities need beyond jobs to attract and retain college grads. Cities need to be a:

“It’s a combination of those four things that will separate the great cities from the good ones,” Fisher says.

But some will stay in Grand Rapids, Ann Arbor and Lansing, and when their peers are looking to leave the big city in a few years, the steps these cities take today could dramatically impact their ability to attract that talent tomorrow.

“In the end, what people really want is the best of both worlds,” says Fisher. “They want a city that’s a perfect balance of a livable city where they can enjoy being able to walk or take an alternate means of transportation other than a car to get to where they want to play or work or learn, and they want a place where they can collaborate with other talented people to start a business or work in a joint venture or work in an exciting company. They also want a sense of intimacy that has a small town feel in a big city.”

Michigan’s mastered the small town feel, but whether or not the state’s communities choose to be a CITY, or just a city, could have a big impact on all of our ability to prosper.

In the Gears: Putting PSC’s implementation skills to work for the Great Lakes

Beyond the battlefield: Bridging the disconnect between public perception and the state’s efforts